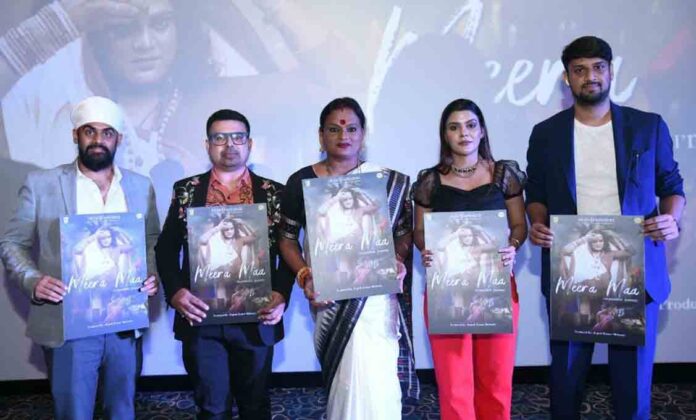 New Delhi: In films like “Daayra” (1996), “Tamanna” (1998), “Just Another Love Story” (2010), “Nanu Avanalla Avalu” (2015), “Njan Marykutty” (2018), and “Super Deluxe,” trans individuals have been compassionately represented as leads (2019). However, their portrayal in mainstream Bollywood films varies from evil roles, such as Sadashiv Amrapurkar’s Maharani in “Sadak” (1991), to crass comedic roles. “Meera Maa” is remarkable in that it is the first Bollywood film to include a trans character.

The film will revolve around the life of Meera Parida who is a Transgender Activist, who has been very vocal about her opinions and extended her support to all those who are in need. The biopic is helmed by SR Enterprisers in association with GK Entertainment and produced by Rajesh Kumar Mohanty. The leads of the film are yet to be finalized but it seems like the film is already winning hearts.

Talking about the same Meera Parida said, “We need to look at this picture from the standpoint of an Indian society, In general, Indians have no idea what the word trans means. They have no clue that if you want to be a girl and are born in a boy’s body, you can transform into a girl — they’re unfamiliar with the concept.”

She further added, “So the film is for all of those who think transgenders are different or any less from normal human being. It will have all of our struggles which we face in our day to day life just because we were born different. I am so excited and I can’t wait for the audience to watch the film”.

The producer of the film Mr. Rajesh Kumar Mohanty’s ‘Antardhwani’ received appreciation and accolades from all around the globe. It has been screened at multiple film festivals including the Cannes Film Festival.