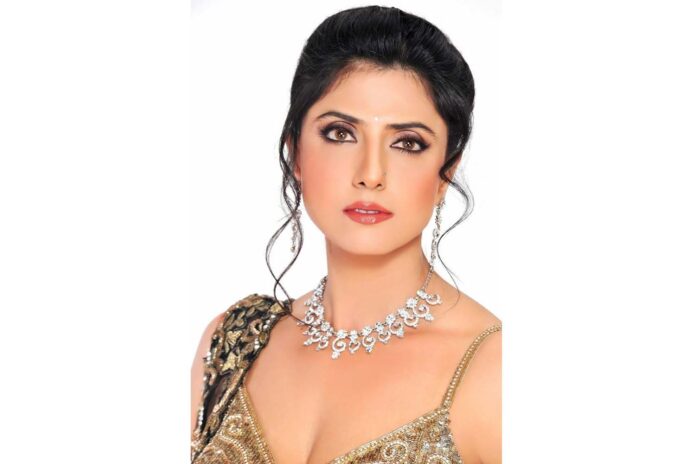 Jyoti Saxena was recently seen in the hit song “Khoya Hun Main” and paved her way in the south industry from which the actress received an amount of love and appreciation from the audience. The actress Jyoti Saxena is also a trained classical dancer with an expertise in ‘Jaipur Gharana’. Jyoti Saxena has always dreamed of being an actress since she was a child and has always desired to work with the prominent directors and actors of the Bollywood and Tollywood Industry.

No doubt Jyoti Saxena is a huge film junky and watches all the movies of Bollywood. Recently the film of Kangana Ranaut “Thalaivii” was released which is making a huge buzz because of her real performance. Talking about the film Jyoti Saxena said, “I recently watched the Thalaivii film and it was wonderful to watch such a prominent actor painting down the character of Jayalalithaa’s character with such ease and perfectly, The film takes you to the different Era, the detail work to show a different time has to be appreciated. It felt real and inspiring for an actor like me to portray such an inspiring and strong character. The film itself empowers you. The film Thalaivi depicts true women empowerment. I am Looking forward to work In the south film industry and to portray such strong characters like this would be like a dream come true.”

Surabhi Tiwari – Actor, Influencer, Engineer All in one | All you need to know

Business October 23, 2021 0
New Delhi: October 23, 2021:  We are pleased to announce Massimo Dutti launched its first online store in India. Through www.massimodutti.com and its mobile app (available...

World’s Largest Cricket Bat, unveiled at Hyderabad, to raise the tempo in support of...

Business October 23, 2021 0
Retail is one of the thrust areas of Govt of Telangana and accordingly due importance is accorded to it in the industrial policy...
Load more