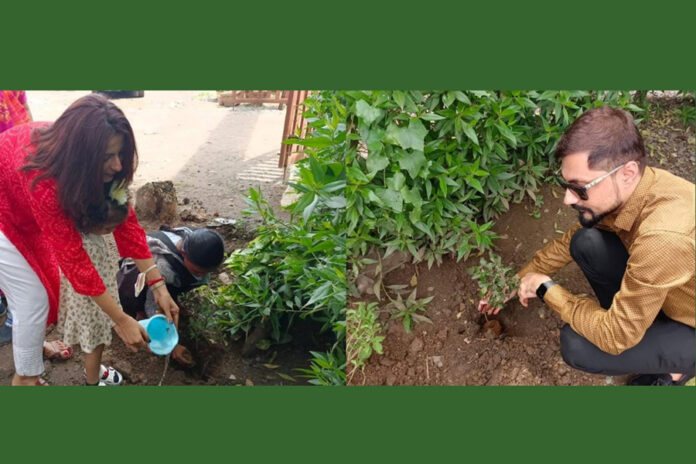 Surat, Gujarat: On the First death anniversary of late Mr Shashikant Shantilal Vakharia, His Grand Child Niti Vakharia Kharwar & Family had a Tree plantation for his remembrance at Old Age Home At Mahadevnagar.

Jiyana was lucky to be part of this tree plantation. As He sang lohri for him n did jhula too. Thanks to Jignesh Gandhi for making this event a great success.

Late Shashikant Shantilal Vakharia was a very simple but decent man. A simple down to earth person always helped others.

Business October 23, 2021 0
New Delhi: October 23, 2021:  We are pleased to announce Massimo Dutti launched its first online store in India. Through www.massimodutti.com and its mobile app (available...

World’s Largest Cricket Bat, unveiled at Hyderabad, to raise the tempo in support of...

Business October 23, 2021 0
Retail is one of the thrust areas of Govt of Telangana and accordingly due importance is accorded to it in the industrial policy...
Load more