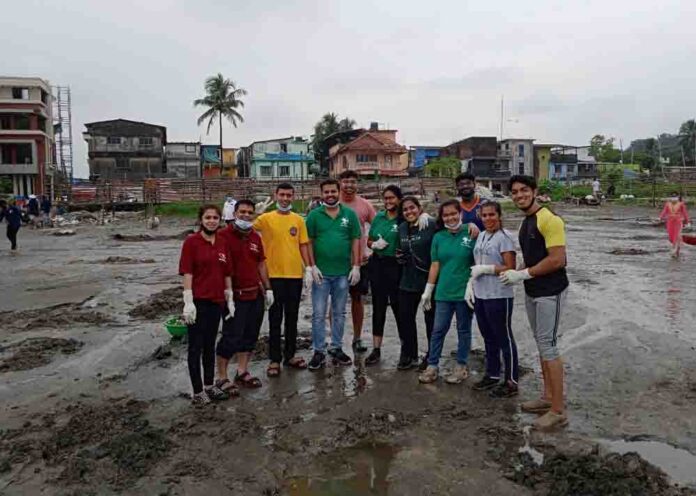 Mumbai (Maharashtra) [India]: Child Help Foundation (CHF) a Pan-India, non-profit organization took the initiative for beach clean-up in Maharashtra and Odisha. In Mumbai, CHF volunteered the cleaning of many beaches such as Arnala, Danapani, Gorai, Juhu, Khardanda, Velankanni, Mira Bhayander, Gorai, Uttan, Bhayander Khadi and Manori in partnership with another NGO called ‘For Future India’. Along with Maharashtra, CHF alone took the responsibility of cleaning Puri beach in Odisha. There were around 779 volunteers who were involved in the cleaning of the beaches. The volunteers collected and removed 1,85,960 kgs of debris and plastic materials from the beaches.

Marine pollution is reaching alarming levels, most of which is plastic dumped by humans. This, in turn, has caused a counterbalance in our oceans. The plastics thrown on beaches are highly affecting the sea and marine life which is creating an imbalance in the ecosystem. Plastic waste such as cups, bottles, bags, bottle caps, and food wrappers were found on beaches thrown by visitors. Beaches are heavily polluted mainly because of domestic waste being dumped into the sea. To tackle such a situation NGOs like Child Help Foundation(CHF) and organizations like ‘For Future India’ have come forward and taken the responsibility of educating people around them and cleaning the beaches.

Talking about the CHF contribution on beach cleaning Mr. Shaji Varghese, CEO, Child Help Foundation (CHF) said, “Looking at the rapid climate change of late, we at the Child Help Foundation felt the need to take steps to make things right. Our young volunteers were enthusiastic to participate! With their help, Child Help Foundation is cleaning the beaches of Mumbai every week, collecting hundreds of kilograms of plastic waste and debris. I would like to extend the invitation to many youngsters to join us in this noble cause.”

CHF began Beach Clean-Up programs to restore marine and coastal biodiversity. An imbalance in the two, can not only harm the flora and the fauna but also the human lives in the surroundings. Microplastics present in water and seafood consumed by human beings can lead to multiple organ problems and developmental delays. It is we who are to be blamed for causing upheaval in nature with increasing pollution and population levels.

Beach clean-ups are important to curb this growing menace of plastic and other waste materials from entering our oceans. Some of the many advantages of Beach Clean-Ups could be increased tourism and recovery from the imbalance caused by nature. The mangroves surrounding these beaches are important to maintain an ecological balance.

CHF’s main goal is to spread awareness about the depleting quality of the beaches and seawater. It is important for people to know and understand how beach clean-up activities can make a significant difference in improving human and aquatic lives as well. The organization also aims to increase mangrove plantations and make the beaches waste-free.

Beaches are more than just aesthetically pleasing tourist attractions. They support multiple biological communities. CHF volunteers actively promote awareness of the importance of beach clean-up. Some visitors and the locals also show interest and participate with them in the activity. They pick up non-biodegradable waste – plastic, and others from the beaches and restore the mangroves. This helps in spreading the awareness of the importance of reducing waste on the beaches to maintain its beauty.  Our team also actively promotes the cause on social media.

‘He is the God of all religions’, stated senior social worker Awantika during a seminar on Lord Parashuram’s life